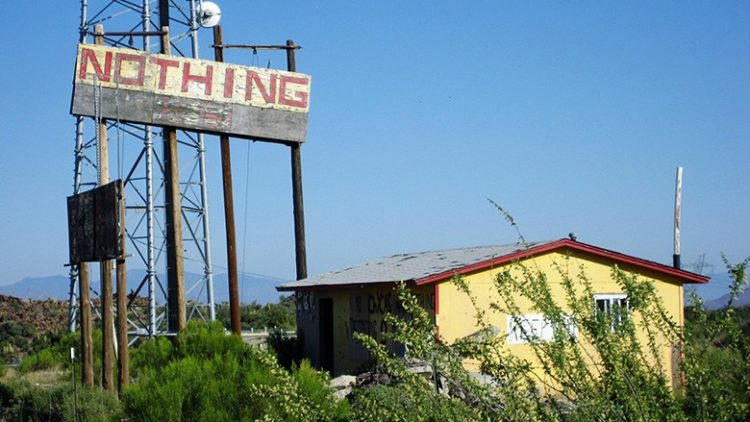 Much Ado About Nothing

Last weekend Mr. Mark and I drove to Tempe to visit the IKEA store.  Along the way we passed through a ghost town called Nothing.  Actually, it’s more like a ghost building considering that the entire town is actually visible in the picture.

I wanted to get a good picture, I actually took quite a few, alas I’m hopeless.

Seriously, I really did try, but as I’ve mentioned a time or two, I’m not a great photographer so only one came out even remotely decent & you’re looking at it.

That’s pretty much all there is to say about Nothing, so let’s just move on, shall we.

I love getting a room at the Mission Palms, having lunch on the patio at My Big Fat Greek Restaurant, and I really love how colorful, exuberant, and alive it becomes once the sun goes down.

As we set out on Saturday morning, I calculated that it’s been at least five years since our last visit.  Definitely way too long.

Okay, Let’s Begin at the Beginning

When we started the remodel on our kitchen, I knew we were  getting rid of a three foot section of cupboards on one wall that was going to be replaced with a coffee bar similar to some I’d seen on Pinterest.

I did a ton of research online, but I only found one that I liked.  Really, just one.  Go ahead, call me picky!

My heart was set on it pretty much from the first second I saw it and Pinterest photos only kept me convinced.

At only $199, there isn’t anything even remotely in that price range that looks as good or is built as solid and I just knew it would look fabulous in my kitchen.

Even Mr. Mark liked it, which is a super huge thing!

The only problem was that to have it shipped would cost almost $400! Granted, it’s solid wood, it’s big and it’s heavy… but $400? Holy crows with hand grenades, that’s one heck of a shipping fee!

Needless to say, a roadtrip was in order, and to one of my favorite cities no less.

All through the morning and into the early afternoon we drove through the desert. Well, actually there were two different deserts if you wanna get technical about it.

First, we had to make our way out of the Mohave, but then we entered the breathtakingly beautiful Sonoran and began a slow descent toward the fabled hell-like heat of the Valley of the Sun.

The Sonoran Desert is home to the ancient and majestic saguaro cactus. This is, by far, my favorite part of the trip.

Herds of Wild Automobiles Heading To Their Summer Grounds

There were chopped down trucks with flaming sides, low-riders with fin tails and even a few of those sexy round fendered numbers. And, of course, there were at least two large herds of motorcycles that are a ubiquitous staple of the back-roads and byways of the desert landscape.

Unfortunately, I wasn’t able to catch any of these on film.  They move way too fast!

Honestly, there isn’t much to say about our stay.  As usual, we got a nice room at the Mission Palms and, because we had left home very early that morning, we took a long afternoon nap.

There isn’t much point in a play-by-play, the only exciting bit happened the next day.

Sunday morning we hit the IKEA store before they were even officially open.  Interestingly enough this meant that we actually got to wander around and look at everything for about an hour!  I’ve never been to a store that let you come in before they opened.

If you’ve never been to an IKEA store, I can only say one thing… you really need to get to one. I’ve honestly never experienced anything like it. And that’s exactly what it is, an EXPERIENCE!

Back Home & The Groland Looks Great

Despite a few tense moments…

…we finally made our way home and were welcomed with open arms by our loving children who had missed us more than they could even begin to express.

What actually happened was that, detecting the tantalizing aroma of pizza, they pulled themselves out of their video game induced stupors and, in zombiesque fashion, shambled out of their rooms following their noses in a stiff-legged bee-line down the hall, through the living room and into the kitchen… directly for the pizza boxes!

They did eventually put the Groland together for us and moved it to it’s new home… where it looks absolutely fantastic!

All Posts by Becky
Hello there!  I live in the beautiful state of Arizona, which makes me very lucky. I'm married to my best friend, which makes me even luckier,  I believe in kindness, humility, generosity, self-reliance and being true to yourself. I love strong coffee, crisp mornings, discovering new places, traveling empty roads, hearing the coyotes singing, creating beautiful things, and dogs. I absolutely hate trolls and public speaking.  So, yeah, that pretty much sums me up!

You May Also Enjoy 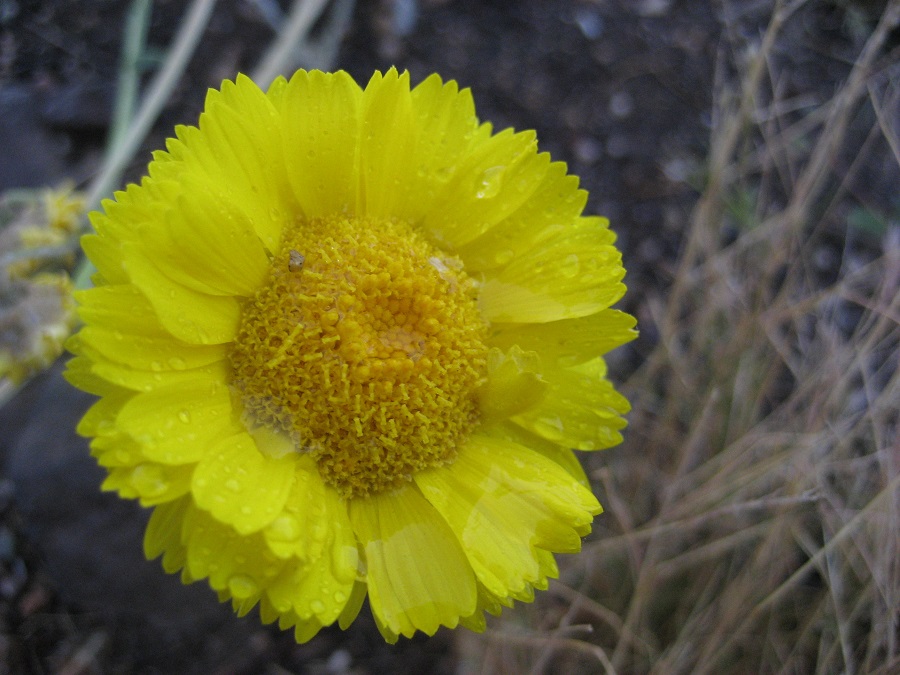 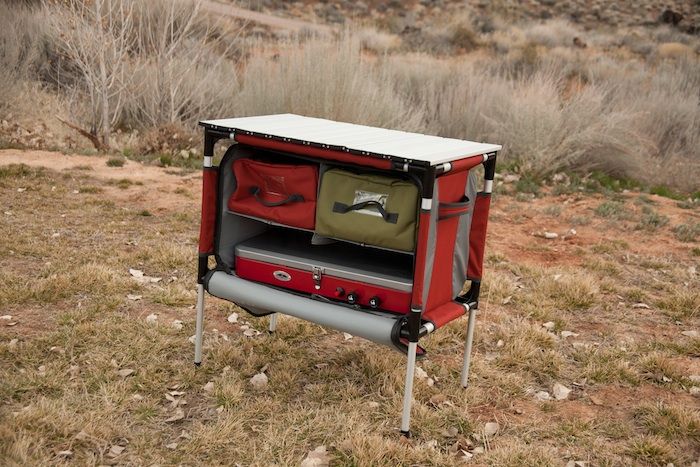 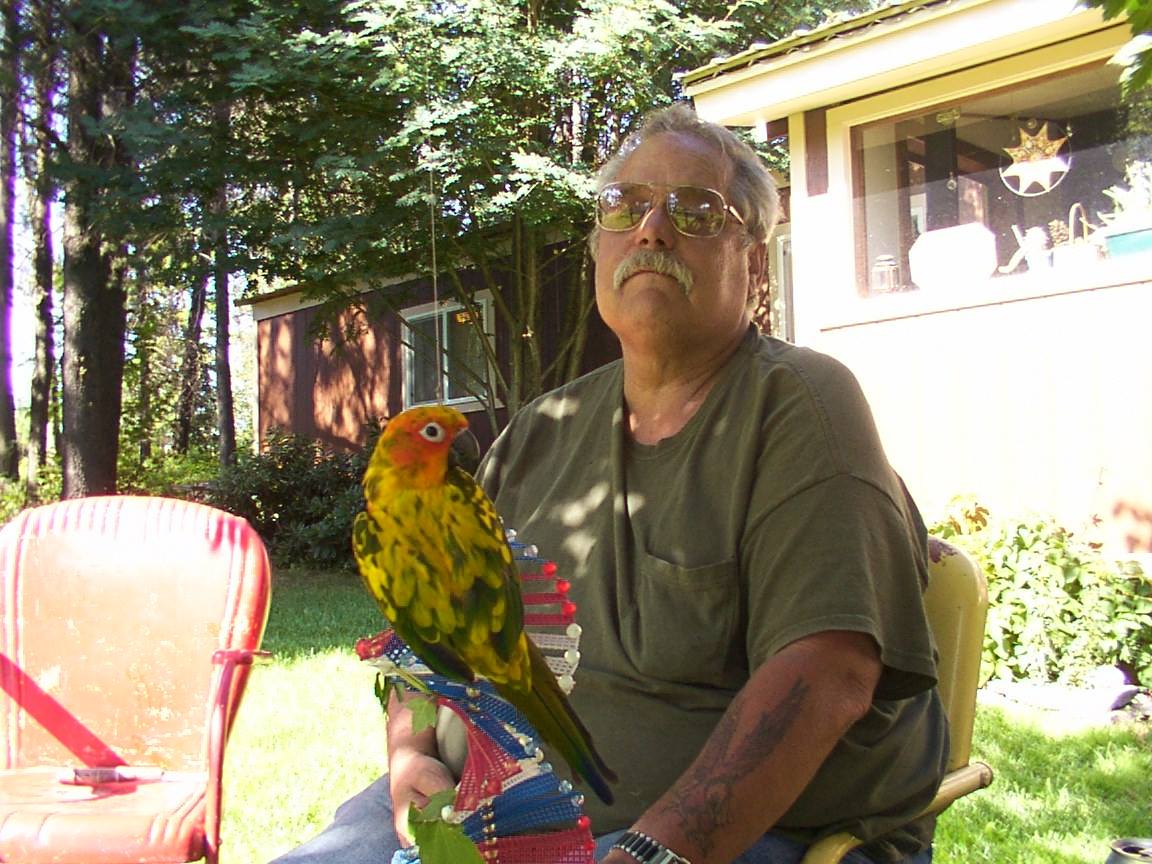 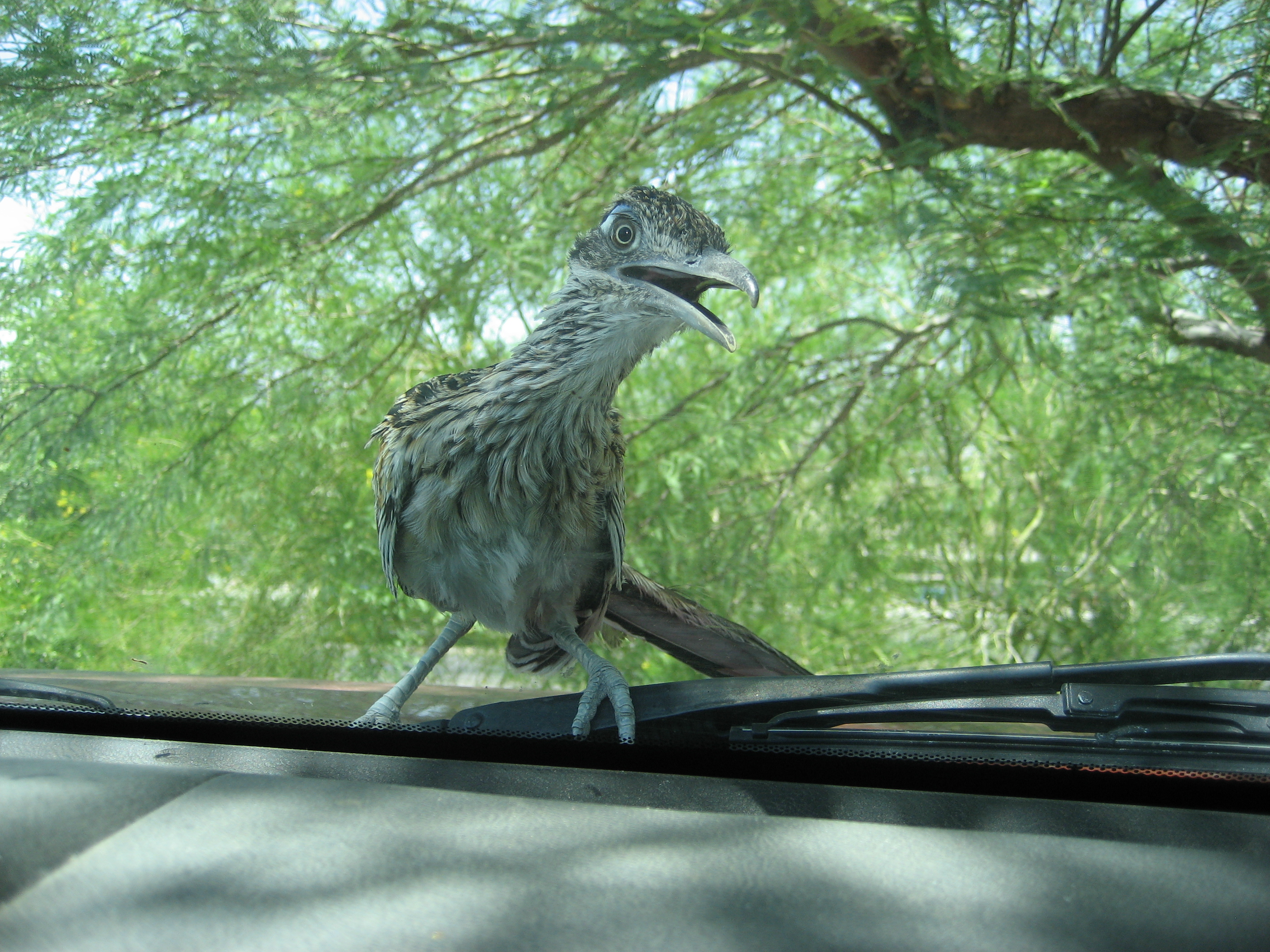 This site uses Akismet to reduce spam. Learn how your comment data is processed.

Stay in the Know